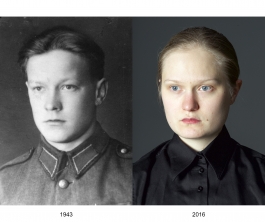 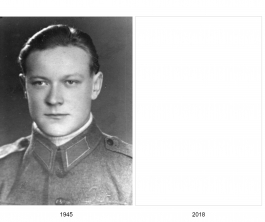 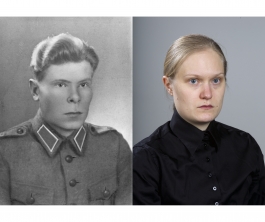 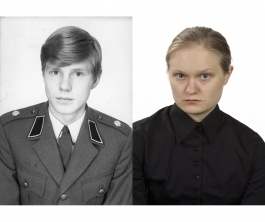 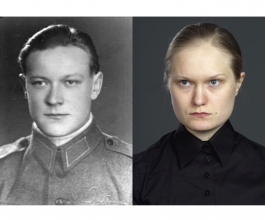 ‘Par in parem imperium non habet’ is a Latin phrase that represents the generally held idea of the sovereignty of states. The meaning is: an equal has no jurisdiction over another equal. While this concept is the basis of autonomy it is also the prerequisite for war. When the sovereignty of a state is offended, the offence calls for a conflict.

In this work, I have made a series of photographs where I try to mimic the poses of my grandfathers and father in their military portraits. I am trying on a simulacrum of symbols of violent power to which I am generally not regarded as having access to by virtue of my assigned gender. With the act of mimicking and posing, I explore the hierarchies and conflicts of gender and heritage, disrupting a specific lineage by inserting myself. The question of the sovereignty of states works as an analogy for the sovereignty of identity. The work poses the corrosive nature of patriarchal culture as a kind of haunting.