72 Jahre is a re-enactment of a scene from the 1999 film Aimee & Jaguar Directed by Max Färberböck. The film is set in Berlin during WW2. It chronicles the story of lovers Lilly Wust and Felice Schragenheim in the year 1943. The film is based on a novel by Erica Fischer and the story and its characters are based on true events. The original film is in German, which is a language I don’t speak. I learned to pronounce the lines spoken in this scene to authenticate the process of inhabiting the characters.

Lilly Wust died in 2006, in Berlin, aged 92 years. Felice Shcragenheim is believed to have died in 1944 during a march from Gross-Rosen concentration camp to Bergen-Belsen concentration camp, at the age of 22, although the actual date and place of her death are unknown.

The reason why I chose to re-enact this scene was because I was struck by the tragic love story between these women. One character unknowingly holds the most appalling power toward the other in 1943 Germany. After the truth is revealed, one serious question remains: ”How can you love me?” 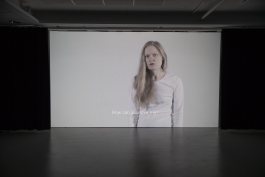 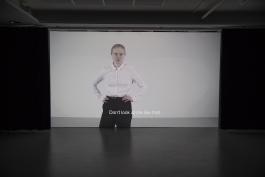 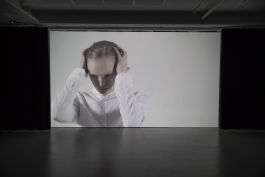